How to become better by killing virtual monsters – we explain using the example of Monster Hunter: World.

Contents
Situation 1. The monster is stronger than you
Situation 2. You were preparing to fight one monster. But now there are two of them.
Situation 3. You’re not fighting alone.
Situation 4. You fought bravely, but you still died.

Situation 1. The monster is stronger than you 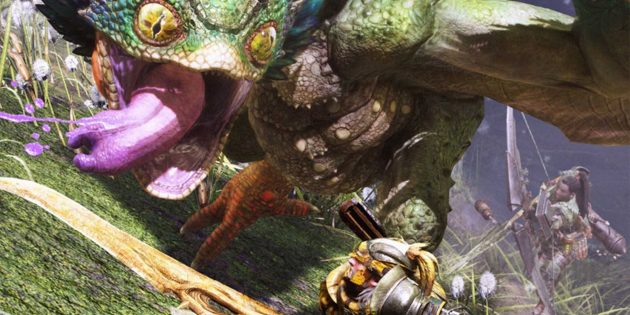 Suppose you do not know how to think through the actions in advance. In life, it can be difficult to trace a cause-and-effect relationship between poor preparation and a weak result. But in games, it’s usually obvious.

Let’s say you play Monster Hunter: World. This is a Japanese RPG in which you need to kill huge monsters. It would seem, what is difficult here? You take a gun, you find a monster, and… you die wasting time and resources. Because he did not know where to hit and what, did not fill up with first-aid kits, did not prepare weapons. After a dozen unsuccessful battles, you will inevitably begin to plan actions in advance.

The first stage is the collection of information. In MHW, before the battle with the monster, you need to find out why it is dangerous and what weaknesses it has. Then – prepare the appropriate equipment: forge armor that protects well from attacks of this particular monster, choose the right weapon. For example, a hammer is perfect for piercing a shell, but it is better to cut tails with a sword.

In case of unforeseen situations, it is necessary to purchase medicinal potions, exploding barrels and other consumables. And also to eat: food temporarily enhances different skills and even gives additional lives.

If you do everything right, the monster will quickly give up, and you will feel the difference between good and bad preparation. In life, you are unlikely to have to fight monsters, but learning to consciously approach complex problems will definitely be useful.

Situation 2. You were preparing to fight one monster. But now there are two of them. 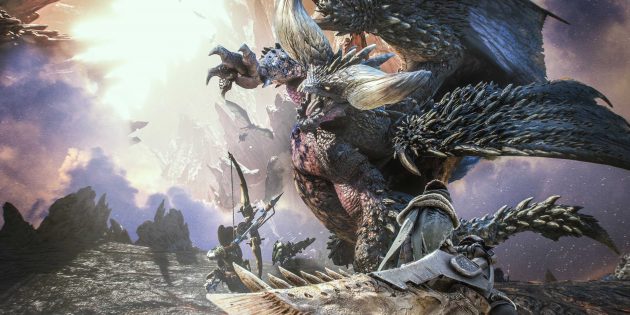 Planning is great. But reality often makes its own adjustments. Something is bound to not go as intended, and then another important skill comes into play – the ability to adapt.

In the same Monster Hunter: World, during a fight with a monster, anything can happen. Let’s say you hunted one monster, but another one came to the sounds of battle – twice as many. You have no extra ammo, the weapon was not intended for him at all, he will trample your armor in two counts. What should I do?

First, discard the primary plan. It is important to understand in time that this is a new situation, and it must be solved by other methods. Secondly, it is necessary to estimate how events will develop further. The game has the happy opportunity to tap pause to give yourself time to think. Most likely, in our example, a large monster will first eat the small one, and then take up the player.

Next, you need to evaluate the options for action, starting with the most obvious: escape, continue to fight or try to equalize forces. To continue to fight means to lose one life and many resources, to run away means to lose time (the monster had to be tracked down for a long time). The best option would be the third option – to equalize the forces.

This can be done in two ways: use a signal rocket launcher to summon random players (two or three hunters have a much better chance against large monsters), or bring the monster into the territory of another large predator. They will cling and the player will have time to escape.

These three stages – to abandon the initial plan, to estimate the options and choose the optimal one – work not only in the game, but also in life. The more you play, the more opportunities you see to resolve each unforeseen situation. It all depends on the experience and what risks a person is willing to take. 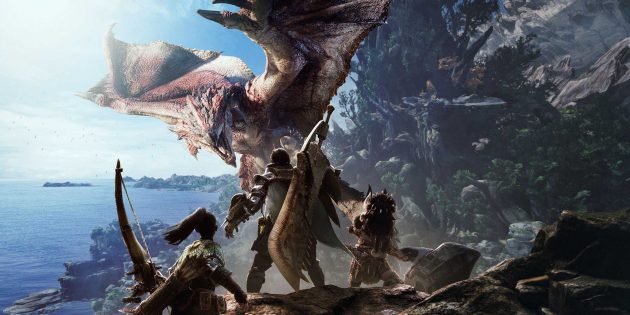 Monster Hunter: World has a co-op mode – it’s an important part of the game. If in some online shooter it is enough just to shoot accurately for your team to win, then in MHW real teamwork is necessary for a successful hunt. In this mode, monsters become stronger, and without coordinated actions you can not cope with them.

The main thing in the team is high-quality communication. It is important that everyone keeps the others informed of their actions. While one hunter knocks down the armor with a hammer, the second can cut off the monster’s tail, and the third can place explosive barrels around it in case the animal breaks out and wants to escape. In order to avoid misunderstandings, it is useful to decide in advance what skills and actions will be useful for solving the problem and who will do what.

Whether you’re hunting monsters or just helping a friend with a move, teamwork is a lot of fun. It is much better to learn this in the virtual world than to make annoying mistakes in the real one. And if it doesn’t work out, you’ll at least have fun.

Situation 4. You fought bravely, but you still died. 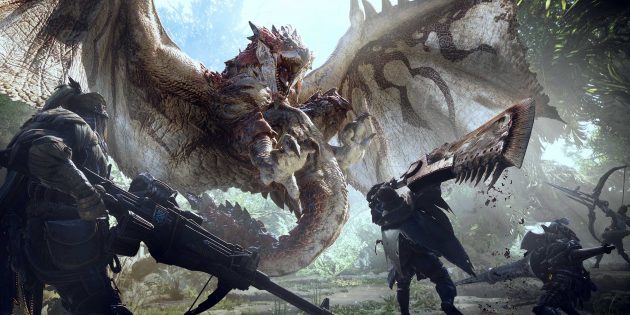 The ability to calmly accept your defeat is a very important and rare character trait. It is very convenient to cultivate it in yourself with the help of games: in them, the time between the action and the result is minimal, and all losses are virtual. True, in order to learn how to take the loss calmly, it is not enough just to play – you need to do it wisely.

Usually, a person’s first reaction to losing a game is frustration and frustration. You came behind the monster’s head, and he beat you, and at the same time only one attempt was registered in the conditions of the mission. You will have to collect resources again to craft potions and repair equipment, prepare for battle for a long time and track down the beast. It’s very frustrating.

But the truth is that winning easily and effortlessly would surely be boring. Moreover, the developers expect that players will lose, and build gameplay around this. The essence of the game is not to perfectly pass each level, but to learn from defeats and thus improve your skills.

So if you, say, were cut down by a monster in Monster Hunter: World, then after the first reaction (to be angry at yourself or the game), it is worth reminding yourself that failure is also part of the game, and it can and should be treated philosophically. Then, each time, defeats will be perceived more and more calmly. After all, only the one who does nothing is not mistaken.