0
Share
The game may not catch at first, but after a couple of expeditions and the capture of the first Pokémon, you can’t tear yourself away from it.

Pokémon Quest is made in an unusual “cubic” design, which you quickly get used to. The main thing is to immediately understand that this game is not about graphics and epic battles, but about the search for new Pokémon, their development and training. First things first, though.

Contents
Start of the game
Expedition

Start of the game

At the start, Pokémon Quest will offer you to choose one of five pocket monsters, which will become your first pet. With it you have to go explore uncharted lands inhabited by wild Pokémon. 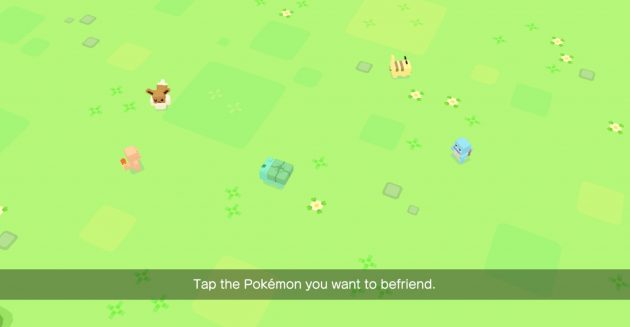 Each location is a small area that your Pokémon will explore on its own. You don’t have to guide him and show him where to go. In such an expedition, you will have to defeat all the inhabitants who met. Usually, opponents appear in groups, in the last wave there is the largest and strongest Pokémon. 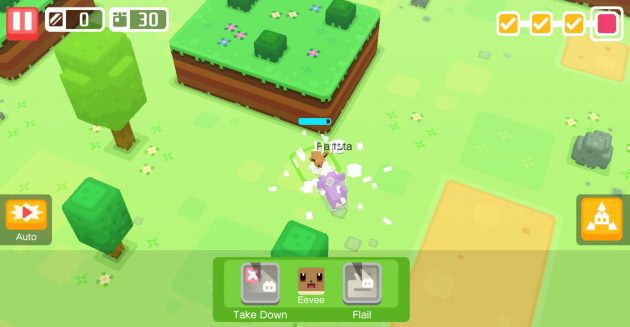 In battles, the usual blows are applied in automatic mode, but you will use special counterattacks and dodges from the special skills of other pocket monsters. In the case of one Pokémon, this may seem rather boring, but when there are already three creatures in your team, the battles are more fun. 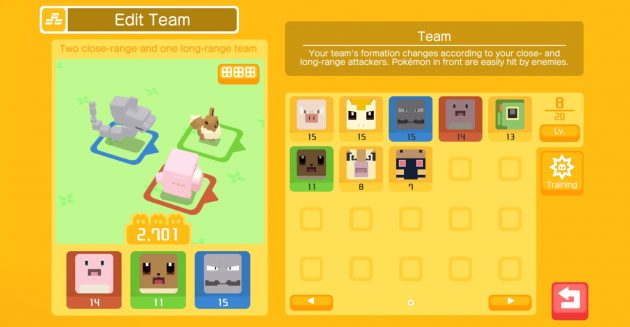 As long as at least one of the three Pokémon remains undefeated in battle, the other two can be reborn, they only need time. If you can’t cope with the location yourself, you can try to turn on auto-passing, when even skills are used without your help.