The graphics in these projects may be outdated, but the main thing has been preserved – thoughtful gameplay.

Thief was one of those games that turned stealth into art. It was in it that for the first time it became possible to listen to the steps, carefully look behind the corners and get rid of light sources.

The protagonist is a thief, and his specialization unleashes your hands. The game encourages brazen theft: the more you steal, the more items you can buy before the next mission.

Despite the outdated graphics, Thief and after 20 years is a pleasure to play thanks to intuitive mechanics. The main thing is not to forget to put an unofficial patch TFix. It fixes a bunch of bugs and helps the game “make friends” with modern systems.

The first three-dimensional GTA is one of the most influential games in the industry. After her, the action in the open world has changed a lot.

A huge living city, with a dozen full-fledged radio stations, many types of weapons and models of cars, as well as a plot worthy of a crime thriller, amazed players in 2001.

The action is great now, although very little detail and angular patterns may scare off some players.

The third “Heroes” was released in 1998 and immediately won the love of the gaming community. The battles were protracted, the mechanics of the development of their own city fascinated. Each passage of the strategy was different from the previous one due to the many available heroes and types of creatures.

Heroes of Might and Magic III is so embedded in the memory of players that thousands of people still periodically look into it. It’s just a pity that the HD re-release was not very successful. But instead of it, you can buy the original with all the additions. 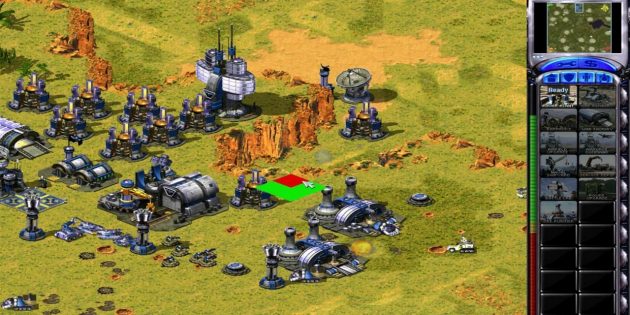 The second part of the strategy, which takes place in an alternate universe. Einstein built a time machine and killed Hitler with it. There was no Second World War, the USSR increased its firepower and attacked the United States. Super soldiers in ear caps and destructive Kirov airships are attached.

In the 19 years since the game’s release, strategies have changed little. Therefore, all the basic mechanics of Red Alert 2 will be understandable to the modern player. Only you will have to put a small fan patch so that the project works stably on new PCs. 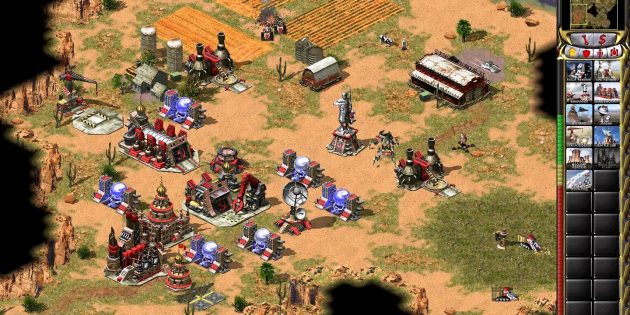 Deus Ex is a cult action game, one of the pillars of the immersive sim genre. The action takes place in the near future. Cyber implants have become commonplace, robot policemen scurry through the streets, most of the world’s inhabitants are below the poverty line – in general, cyberpunk.

The protagonist – special agent J.C. Denton – with the help of his superhuman abilities fights terrorists and at the same time unravels a government conspiracy.

If it were not for the graphics and outdated interface, the game could well pass for the modern one, because the game design of such projects has not changed much over the years. Here you can pass the levels in several ways: stealthily, with a fight, killing enemies or avoiding them.

The player develops the character according to his preferences, and then uses the newly acquired abilities to complete tasks.

StarCraft is a product of an era when strategies were on top. Everything is good in the game: pleasant animation, an exciting plot, thoughtful multiplayer. It does not like it except for those who do not like microcontrol, because you have to click here a lot.

Although even for such people, StarCraft has a terrific single-player campaign with interesting characters and unexpected twists and turns.

One of the best CRPGs in history. This is a very deep and thoughtful game, in which it is easy to disappear for several tens of hours. Hundreds of characters, a huge number of quests, partners with different specialties and interesting locations.

The pace of the game is not as fast as that of many modern projects. But if you take the time and delve into it, it will be difficult to break away.

The reference action-RPG Diablo 2 fascinates with its simplicity. Here you do not have to choose answers in dialogues, solve complex puzzles or use tactics. Only to “call” opponents by the hundreds, collect loot from them, sell unnecessary things and buy the necessary ones.

That’s partly why the game is a pleasure to look at even 19 years after release. Such fascinating gameplay and charm of two-dimensional graphics can not be resisted.

Half-Life in 1998 was very different from all other shooters. It had a plot, riddles and even action scenes – nothing like this had ever been seen in the industry at that time. Thanks to this game, modern first-person shooters have large-scale staged moments, epic videos and characters with prescribed characters.

Despite the influence of Half-Life, at their core, shooters have not changed much over the decades. They still need to be able to point the weapon at the target as quickly as possible and shoot as accurately as possible.

In Quake 2, except for this mechanic, there is practically nothing. Except that sometimes you have to press the buttons to open the doors, and pick up ammo and first aid kits.

The gorgeous soundtrack gives the gameplay meditativeness. The perfect game to turn off the brain and arrange a massacre in the virtual world.

Insider Called the Timing of The Release of GTA 6

30 Games Worth Seeing for Mac