Take care of the team, actively use marks, practice shooting – and, perhaps, it is your squad that will become number one.

Contents
1. Practice shooting
2. Revive the dead team members
3. Take care of the team
4. Land a little away from the rest of the squad
5. Actively use tags even if you have a microphone
6. Pay attention to the colors of objects
7. Use red balloons to quickly move around the map 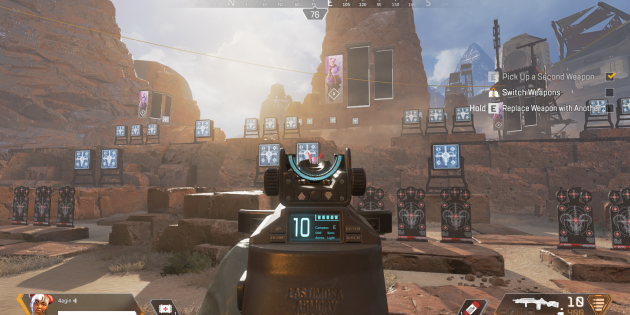 There aren’t many weapons in Apex Legends — about 20 in all — but the behavior of each gun is unique. You can, of course, learn to use weapons right in the thick of the battles, but it is better to look at the training ground.

There is an opportunity to try out each rifle, pistol, machine gun and shotgun, remember their names and appearance. This knowledge will definitely come in handy during matches. 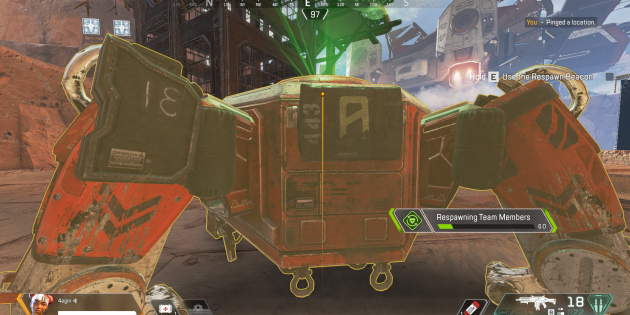 One of the main differences between Apex Legends and other “battle royale” (and online shooters in general) is that here you can revive the dead comrades in the squad.

This is not so easy to do: you need to take the lighthouse from the body of the companion within 90 seconds and walk to the revival station. To simplify your task, it is better to stay closer to these places while moving around the map.

3. Take care of the team 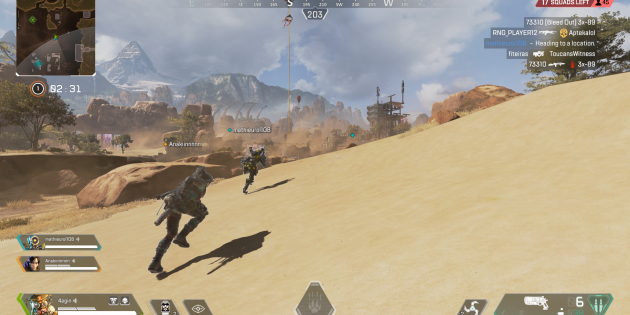 Apex Legends is a team shooter, it is almost impossible to survive alone. The most chances are for squads that act coherently.

Do not move too far from your comrades, share with them important finds (high-level loot and information about the location of enemies), do not throw them in battle and do not start fights alone.

4. Land a little away from the rest of the squad 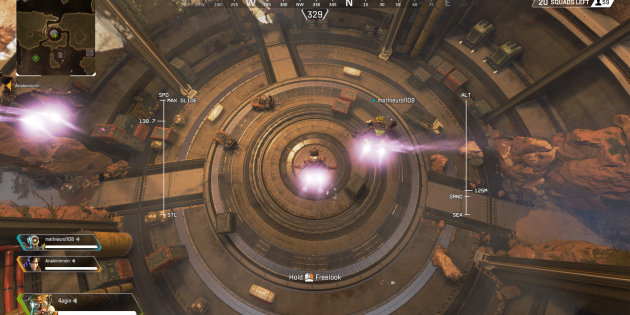 The unique coordination system in Apex Legends allows one fighter to control the landing process of the entire squad. So the game helps the team to be in one location.

When there are a few seconds left before landing, separate from the squad by pressing the button indicated in the center of the screen, and fall on a neighboring building or in another part of the location – 50 meters away. So you will reduce the time to search for loot: at the beginning of the match, the team in any case will have to be distributed throughout the terrain.

5. Actively use tags even if you have a microphone 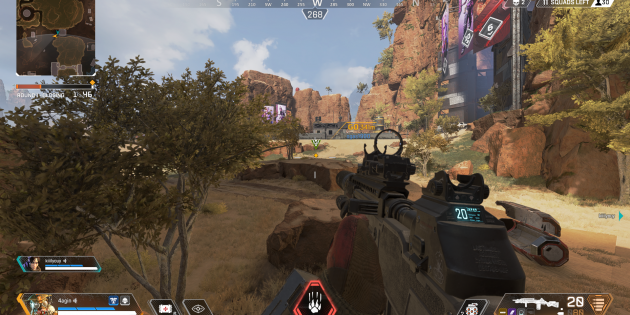 In the shooter, thoughtful mechanics of labels. By pressing the mouse wheel on a PC, R1 on PlayStation 4 or RB on Xbox One, you can point the squad to found items, enemies, their traces or just points on the game map.

This system is designed so that people who cannot or do not want to communicate by voice have the opportunity to maintain communication. But it’s useful even when you’re using voice chat. Tags allow you not to waste time describing locations and convey information more accurately.

6. Pay attention to the colors of objects 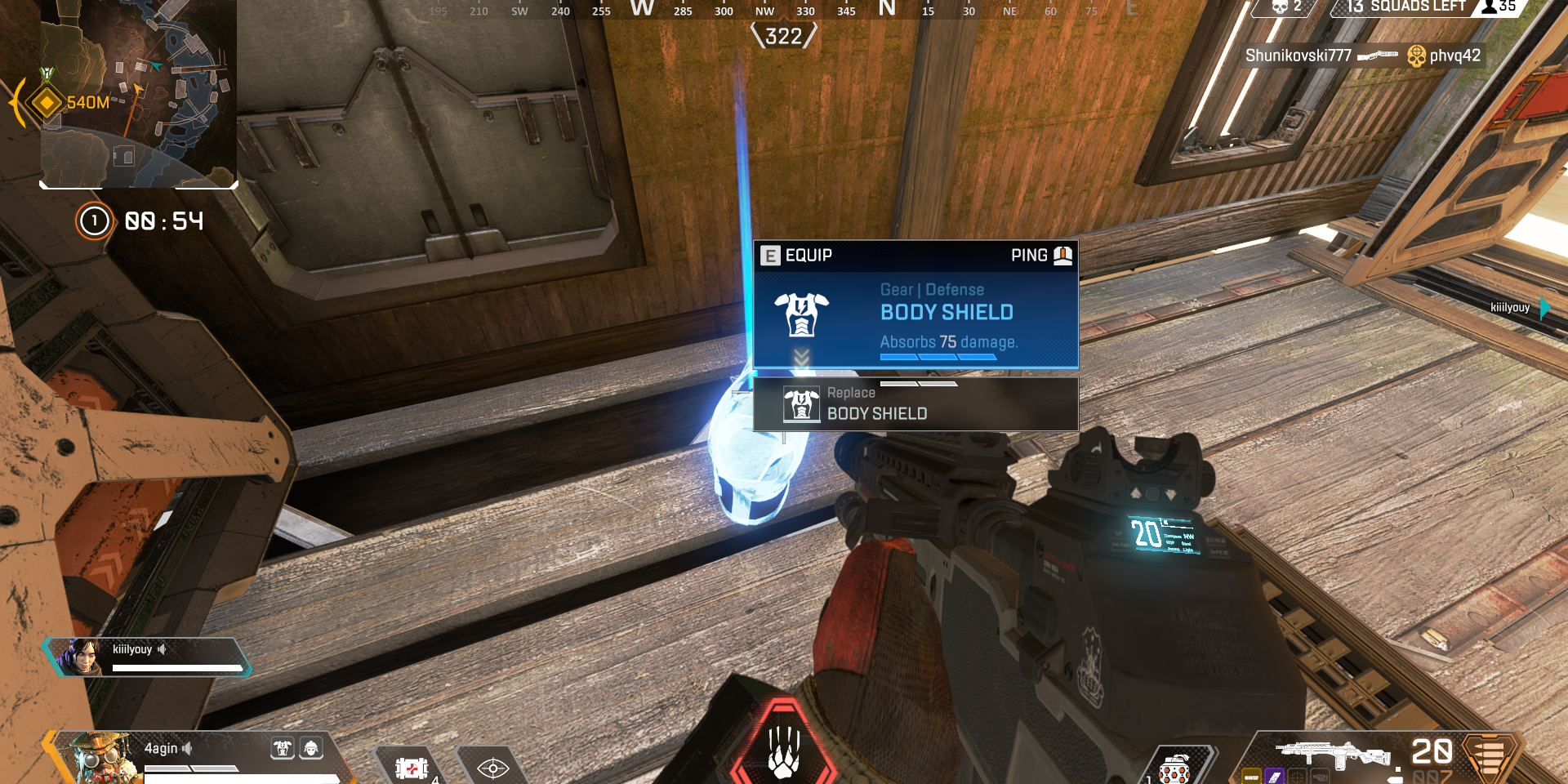 The colors of loot play a big role in Apex Legends. All armor segments, weapon attachments, and consumable items can be of four types of rarity: white, blue, purple, and gold. The rarer the loot, the higher its characteristics.

Also, different shades indicate the weapon in the hands of the player. The color of the gun is the same as the color of the cartridges it uses. So in the game, it is not necessary to remember what ammunition each weapon needs. Just look in the lower right corner of the screen.

7. Use red balloons to quickly move around the map 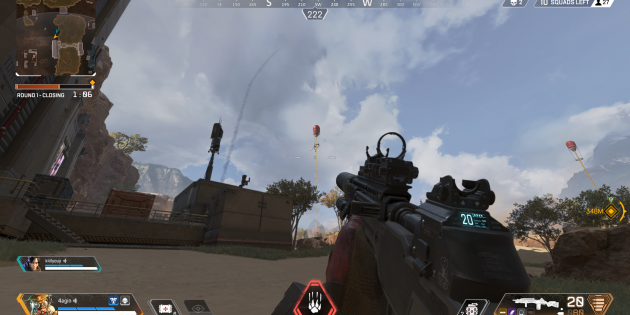 At several points of the game map, you can find red balloons. If you approach this, the character will rise into the air, and then fly down – as during the landing at the very beginning of the match. This is useful if you need to quickly get to a place or run away from an approaching circle.

10 Great Sandbox Games Where You Can Build Anything